Nepal and India have a history of age-old relations in trade and commerce. India is Nepal’s largest trade partner and source of foreign investment. Total bilateral trade has reached US $3.21 billion (NRS 257.10 billion) during Nepalese fiscal year 2009-10. During that year, Nepal’s imports from India amounted US $2.71 billion (NPR 217.11 billion), and exports to India remained about US $0.50 billion (NPR 39.99 billion).

The following table shows the volume of Nepal’s annual trade with India.

The bilateral mechanism for trade and transit is provided by the India-Nepal Treaties of Trade, of Transit, and Agreement for Co-operation to Control Unauthorised Trade, 1991. The Trade Treaty valid for seven years was signed on November 27, 2009, and will be automatically renewed for another seven years. Under the Treaty of Trade, India provides, on a non-reciprocal basis, duty free access into the Indian market for all Nepalese-manufactured articles barring a short negative list (cigarettes, alcohol and cosmetics), subject to the conditions, since March 2002, that the exports meet the domestic value addition requirement of 30% and change in HS classification at the four-digit level in the course of manufacture or processing in Nepal. After the March 2002 revision, annual quotas have been prescribed for duty-free exports to India for four sensitive items – vegetable fats (100,000 tonnes) acrylic yarn (10,000 tonnes), copper products(10,000 tonnes) and zinc oxide (2,500 tonnes).

Bilateral trade takes place generally in Indian rupees, but Nepal’s central bank maintains a list of items that can be imported from India in dollars. Currently, there are about 100 items on the list. Indian rupee is convertible in all banks and financial institutions in Nepal. The exchange rate has been maintained at NRs. 1.6 per Indian rupee. The new provision of trade treaty allows the facilities to the importers irrespective of the currency (US $ or IC) used for buying the goods from India.

The India-Nepal Treaty of Transit, renewed every seven years, provides for port facilities to Nepal at Kolkata and specifies 15 transit routes between Kolkata and the India-Nepal border. As requested by the Nepalese side, a separate Customs Cell at Haldia has become operational from 16 August 2004. For bilateral trade, 22 entry/exit points are provided along the Indo- Nepal border. The Transit Treaty was last renewed in March 2006. The Agreement for Cooperation between India and Nepal to Control Unauthorised Trade was automatically renewed for five years in March 2007.

The rail service Agreement between the two governments was concluded in 2004 which governs the carrying of bulk cargo by train from Kolkata to Birgunj, and vice versa. Recently, the Government of India has agreed to provide additional transit point at Vishakapattanam which is going to be operational very soon. 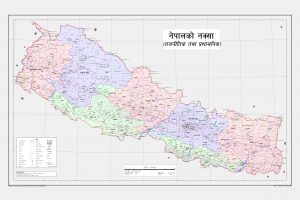