H.E. Mr Nilamber Acharya, Ambassador of Nepal to India, hosted a reception today evening on the auspicious occasion of the Constitution Day and National Day. Minister of State for External Affairs of the Government of India H.E. Mr V. Muraleedharan graced the event as the Chief Guest.

Among the guests attending the reception were officials of the Government of India, Delhi-based Ambassadors, diplomats, Members of Parliament, political leaders, members of business community, scholars, artists, media persons, members of Nepali community in India as well as people from various walks of life.

Speaking on the occasion, Ambassador Acharya highlighted the importance of the Constitution Day and National Day for Nepal as well as the key attributes of Nepal’s Constitution. He said that the Constitution has laid strong foundation for the inclusive polity based on social justice and it has incorporated all the fundamental norms and values of democratic governance. Mentioning about the inclusive nature of the Constitution, the Ambassador stated that the mixed electoral system for the federal parliament has guaranteed representation of women as well as various communities of Nepal’s diverse society.

Speaking about Nepal’s development vision captured in the motto “Prosperous Nepal, Happy Nepalis”, the Ambassador shared that encouraging economic growth rate the country has been able to achieve in the past three years has provided a solid boost to its ambition to reach the middle-income status in next ten years.

On Nepal’s foreign policy outlook, Ambassador Acharya highlighted the country’s independent foreign policy based on the UN Charter, non-alignment, principles of Panchasheel, international law and universal norms. We have excellent relations with all friendly countries in the world and close ties with our neighbours, he said.

The Ambassador spoke about the comprehensive and multidimensional nature of Nepal-India relations. Stressing on importance of economic engagement between the two countries, he made a point that economic dimension is increasingly receiving greater focus at both leadership and functional levels. Connectivity and infrastructure receive top priority in our engagement, Ambassador Acharya said, so does cooperation in water resources and hydropower as well as trade, transit and investment.

Earlier this morning, a function was organized in the Embassy to mark the Constitution Day and National Day. Ambassador Acharya hoisted the national flag in the Embassy premises in presence of members of Nepali community in India and the Embassy officials and staff. Interaction programme on Constitution was also held. 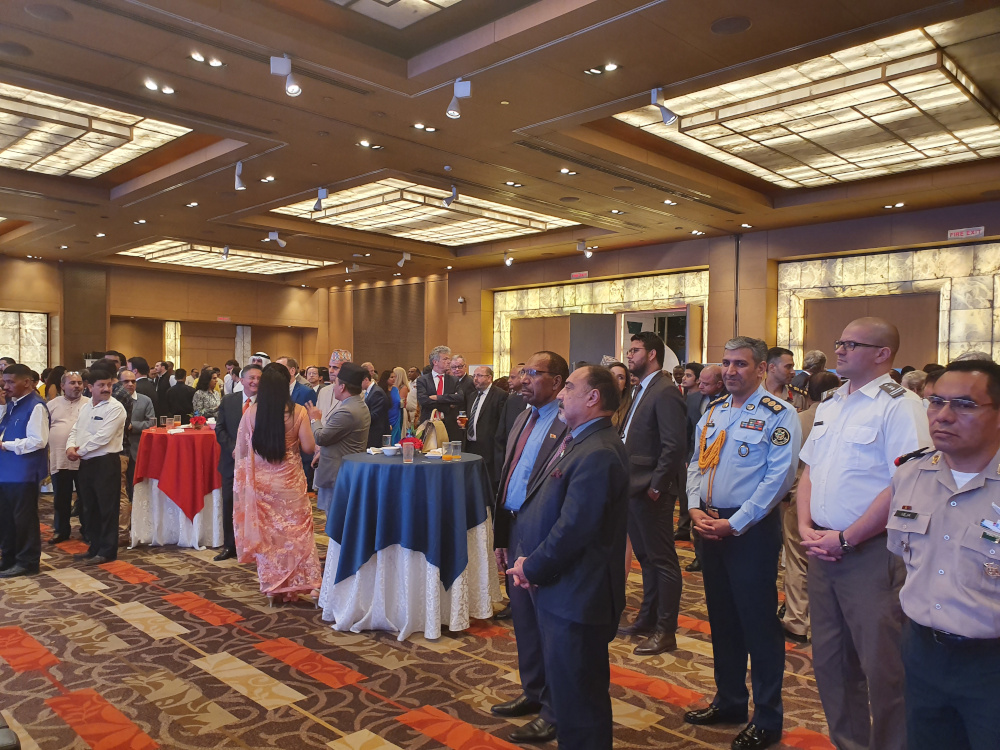 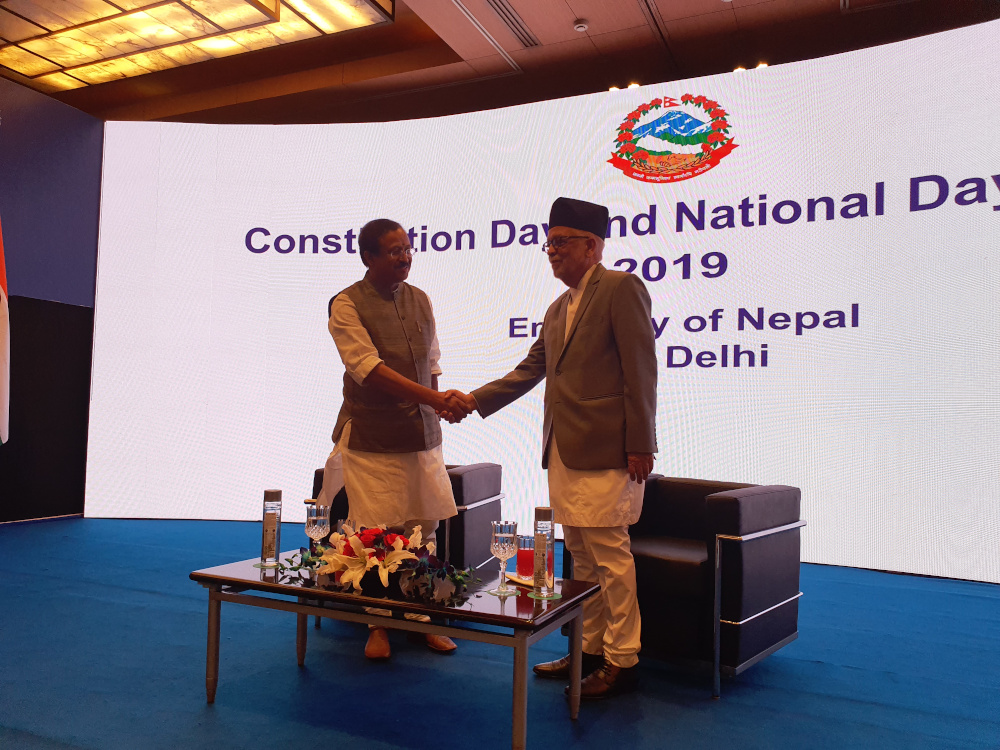 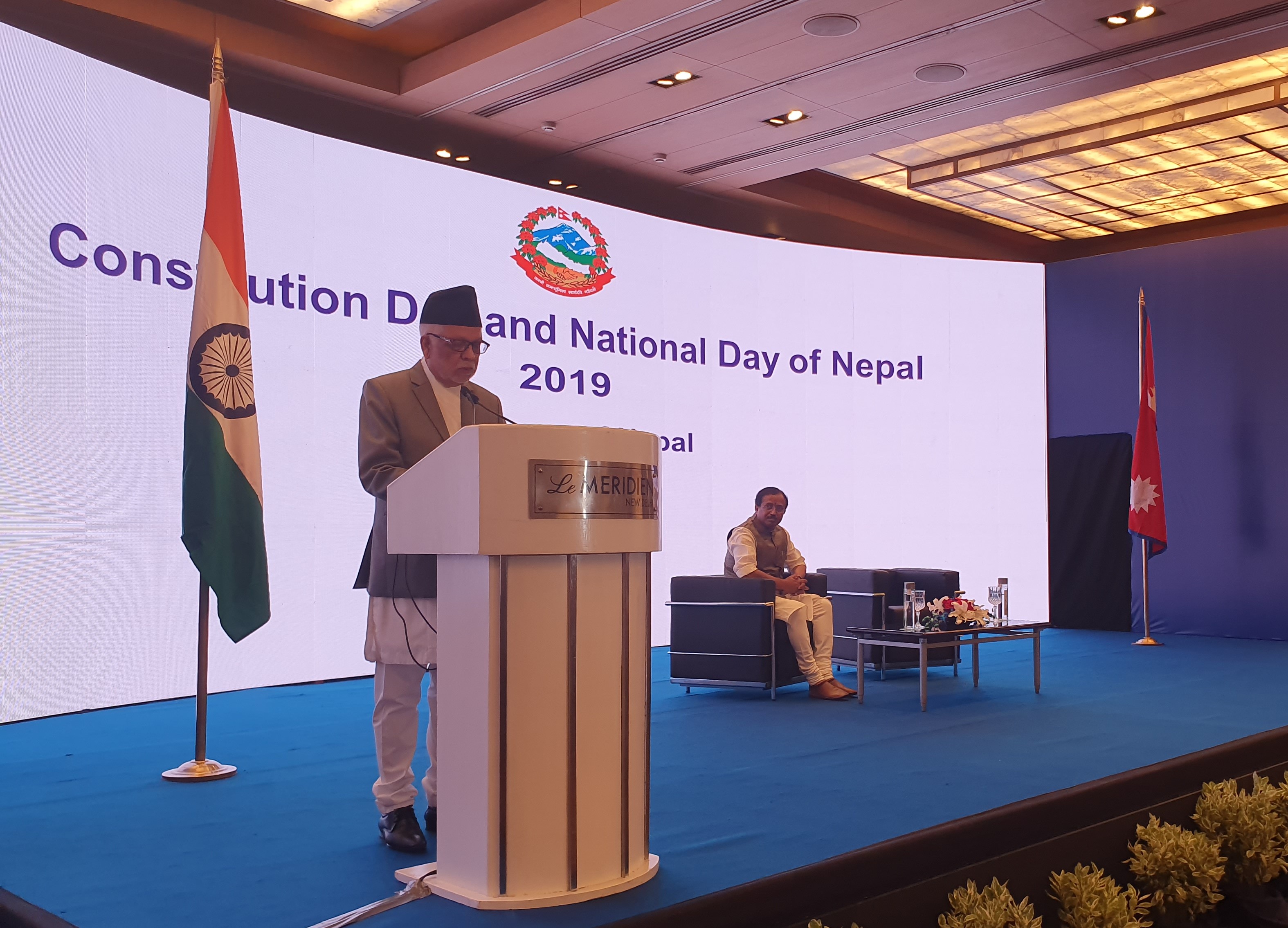